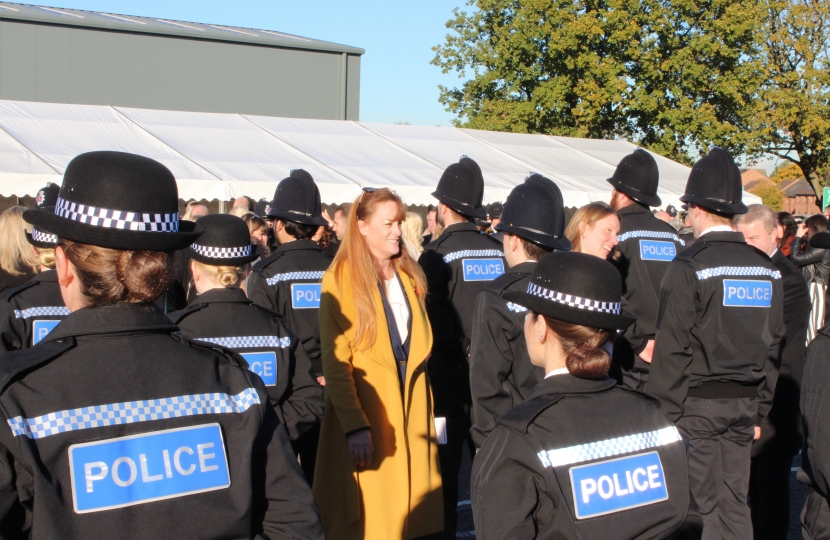 The increase in serious violence is deeply worrying and sadly some people no longer feel as safe as they should. It is our priority to make our streets safer – and we’ve already begun work to do just that.

We have worked with our Police and Crime Commissioner to deliver 450 new officers in Kent by March 2020 and also plan to add a further 147. We have secured funding to help tackle the causes of violent crime. The Home Office provisionally allocated Kent £1,160,000 from its Serious Violence Fund to support more multi-agency preventative work. Working with our local Police and Crime Commissioner we were successful in bidding for £527,573 from the Chancellors Early Intervention Youth Fund to help tackle the causes of crime.

This, alongside the Government’s Serious Violence Strategy and Offensive Weapons Bill, and already marks a major shift in the Government's response to violent crime. The strategy will seek to reduce the supply of dangerous weapons and tackle the violent drugs market in order to reduce violent crime and protect both the public and Police Officers.

We Are Making Our Streets Safer by: