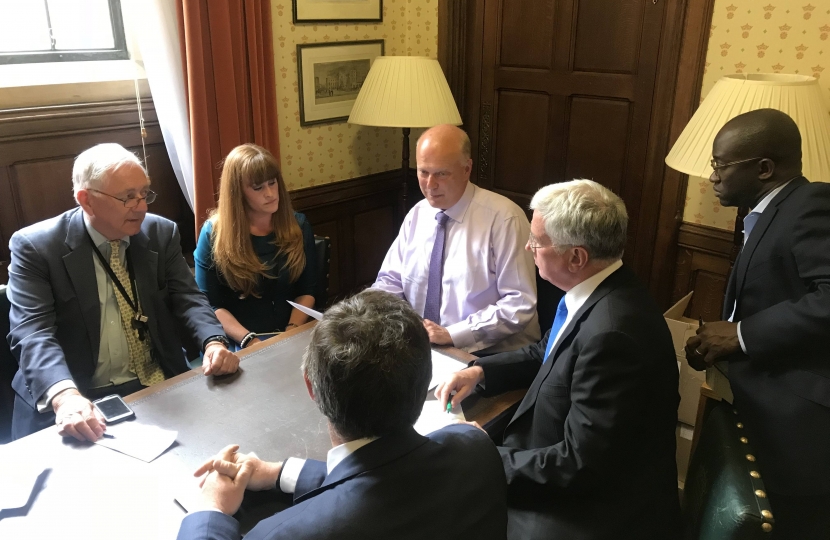 I have been greatly disappointed by the consequences of the South East’s GTR timetable change which has brought chaos to many local commuters’ journeys.

Today I met with the Transport Secretary Chris Grayling MP to highlight local issues caused by the timetable change and obtain assurances that the problems will be rectified quickly. The meeting was positive and I am pleased the Secretary of State acknowledges the huge failure to passengers and a proper investigation has to take place once things are back to stability. It has also been announced today that affected commuters are entitled to a compensation scheme for this particular disruption, with details to be provided by the service provider.

I have been informed these unforeseen issues came while accommodating new trains to the schedule and should be resolved within a couple of weeks. However, I want Rochester and Strood residents to know that I will not be leaving things there and will continue to push ministers and the service providers until trains run as expected as quickly as possible.

As a commuter myself, delays and cancellations mixed with a lack of communication from Southeastern and GTR are hugely frustrating. It is very disappointing to see these new services unravel so soon after the changes and highlights to me the poor planning and lack of contingencies leaving some commuters delayed for hours getting to and from work.

I know Strood has been particularly affected for passengers trying to reach Charing Cross. The number of morning cancellations with Thameslink services have been unacceptable while so many Southeastern journeys have also been made more complex, with the number of direct trains to Central London have been cut at peak periods.

Elsewhere in Kent there are similar issues which is why the Kent MPs group in Parliament is working with the Department for Transport and engaging with service providers to have the problem rectified as soon as possible. I will be seeking further meetings with the Rail Minister Jo Johnson MP and the train operators in the coming days to demand the return of regular train services. I am expecting to see at least small improvements in the coming days and weeks with full restoration following in stages.

I want to thank everyone who has contacted me about these problems and your views and concerns have been highlighted to service providers and I encourage anyone else affected to get in touch.

I can assure commuters that I will be pursuing genuine improvements to our rail service starting by getting journeys back to being as regular and efficient as possible.