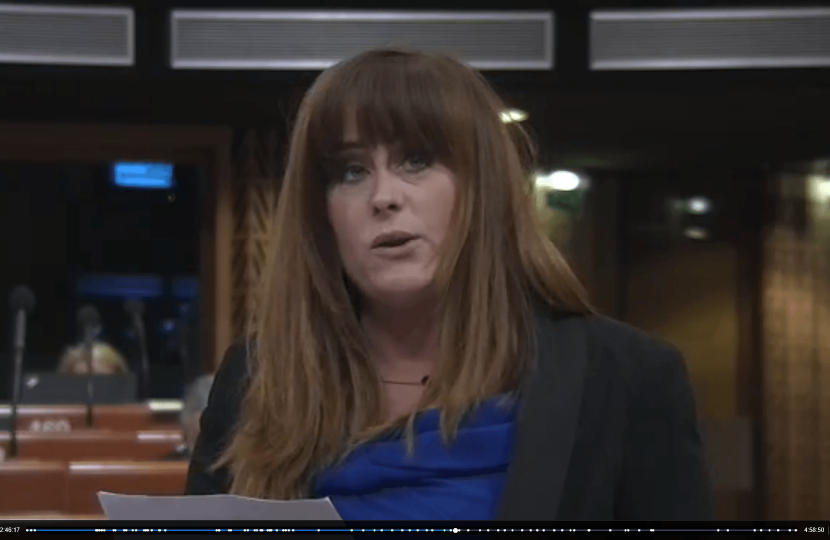 On Wednesday I was pleased to be able to join colleagues and peers from across Europe in a European Council Parliamentary Assembly debate around a stronger EU response to the Syrian migration crisis.

Given the European wide interest on this issue I was grateful to be called early in the session to express my views and those of the many constituents who have communicated with me over the past year. While it is correct to recognise and champion the great humanitarian efforts the UK and other European nations are making in and around Syria, there is much more that needs to be done to discourage refugees migrating across the Mediterranean and Aegean Seas towards EU borders.

It is deeply concerning that many of our European neighbours can no longer manage with the influx of migrants already received. In Kent we are seeing increasing clandestine attempts to enter the UK. The police continue to intercept lorries smuggling migrants across the border, including nearly 1,000 unaccompanied minors so far, alongside all too frequent disruption to Channel Tunnel services.

At the borders of Europe, the EU needs a stronger but also a warmer humanitarian response. I do support the offer of asylum to those who are most in need – the children, the vulnerable, the wounded and the persecuted. I am proud that the UK has committed to taking 20,000 of the most vulnerable people directly from the camps across the Syrian border by 2020. But we are all struggling to fight the crisis on so many fronts, which is why we should gain strength for our response through focusing on where the immediate need is: within and just outside Syria’s borders.

I am pleased that steps have been taken to secure a deal with Turkey, which involves migrants being returned in place of genuine refugees and a pledge to cut the dangerous migrant routes. That alone will not stop the persistent challenges, but we must be realistic about what we can achieve in Europe now and in the future.