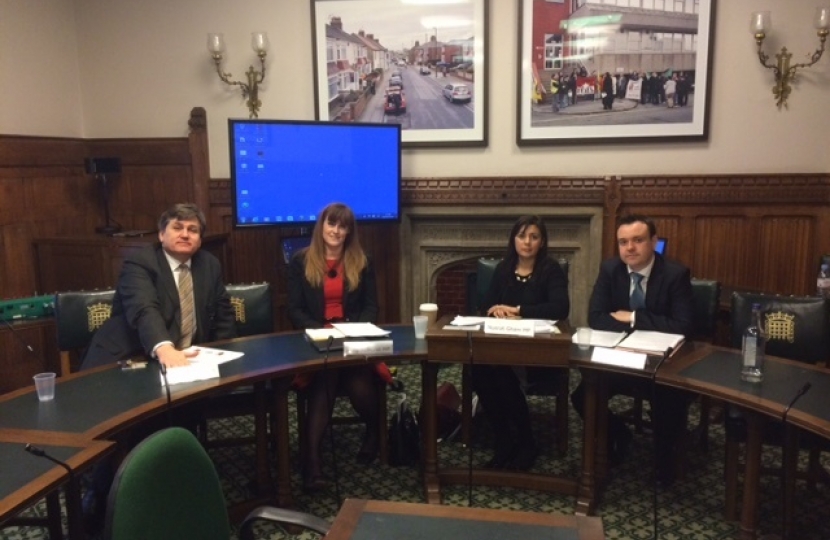 I have recently joined a cross-party parliamentary panel with Barnardo’s in an inquiry on the support and sanctions for children who display harmful sexual behaviour (HSB).

There has been a recent surge in awareness of children and young people displaying harmful or concerning sexual behaviour. This covers a wide range of activities, from teenagers “sexting”, to older children sexually abusing younger children. Recent statistics show that a third of all reported sexual offences are committed by children and young people. Significantly, there is also a strong link between children displaying HSB and going on to become a perpetrator or a victim of child sexual exploitation (CSE).

Technology and the internet have increased the visibility of harmful sexual behaviour. One aspect of this is that children often come into contact with online pornography and are exposed to indecent images through social media from a young age. However, whilst parents and professionals increasingly understand the risks to their children as potential victims (both on and offline), there is much less understanding of the possibility that a child could cause harm to another child, potentially amounting to an offence under the law.

During this week’s evidence session, we heard the disconcerting statistics around the scale of the issue. From academic research commissioned by the National Police Chiefs Council, it was found that there were 70,000 allegation in 2015, at a cost of £1 billion. This was an 80% increase on 2012. On this trajectory it is expected to reach 200,000 allegations, costing £3 billion. It was also found that the largest proportion of abuse came via peer-to-peer relations. Sadly, only one in eight cases are reported.

It appears that the number of cases is not necessarily down to an increased number of people instigating the abuse, but more as a result of the increased ease of access to modes of communication and explicit material, compared to the 1990s and before. It is also believed that the offenders are not particularly sophisticated which is why it is important internet providers make the necessary crack downs around chat rooms, pornographic websites and internet searches. Importantly, as well as the work of police and the schools, both of which already work closely together in many regions, it is also for the parents to engage in protecting their children and it is clear that more work is needed in this area.

Responding to HSB effectively is essential in order to prevent children from further harm to themselves or others, and from becoming criminalised in a way that damages their future outcomes. I am encouraged by the progress of the inquiry so far, and will look forward to the final report and its distribution across government and stakeholders.