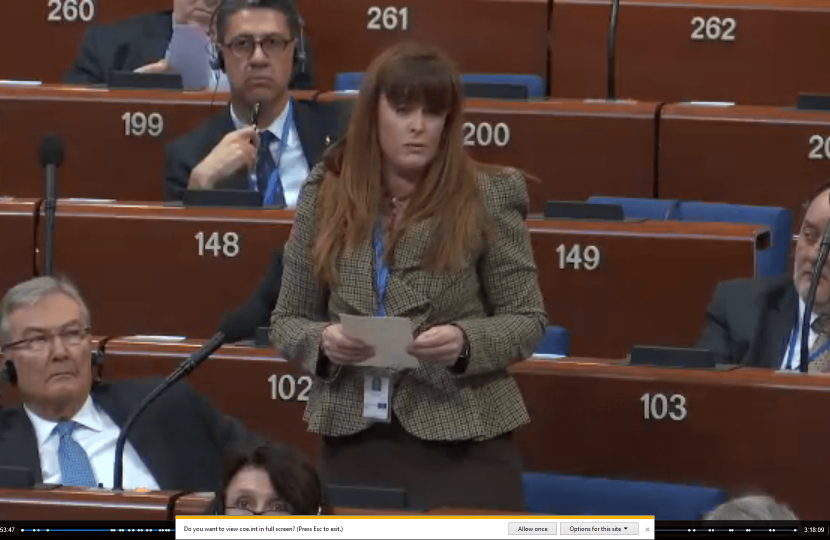 This week I have joined colleagues in Strasbourg to take part in the Spring session of the Parliamentary Assembly of the Council of Europe. This morning I took part in a question session with European Commission President Jean-Claude Juncker and was pleased to be given the opportunity to ask about the management of the EU budget, an issue that is a concern to many Britons.

Billions of pounds of British taxpayers money is paid to Brussels as part of our EU membership and it is right that we ensure this money is used properly and in the best interest of British taxpayers. However, it has been apparent that some mismanagement has occurred over the years and I am keen to see effective measure put in place by the Commission President so that this does not continue.

I was disappointed, however, that on asking my question Mr Juncker at first declined to answer, saying only that this is not a matter for the European Council and that I should withdraw myself from the question. I find it extremely worrying that an unelected Commission official would refuse to answer the questions of a democratically elected parliamentarian of a member state.

When Mr Juncker reluctantly responded to my question under pressure from the Chair he informed the session that numerous cuts had already been made and that it was not possible to do more. In the advent of the major British and European matter that is the EU Referendum, it is extremely disappointing that Mr Juncker could not offer the British electorate some reassurance on this important issue.

When an important aspect of our future is to be decided in just over two months’ time it is essential that difficult questions are asked and answered and I will continue to use my role on the Parliamentary Assembly to do just that.