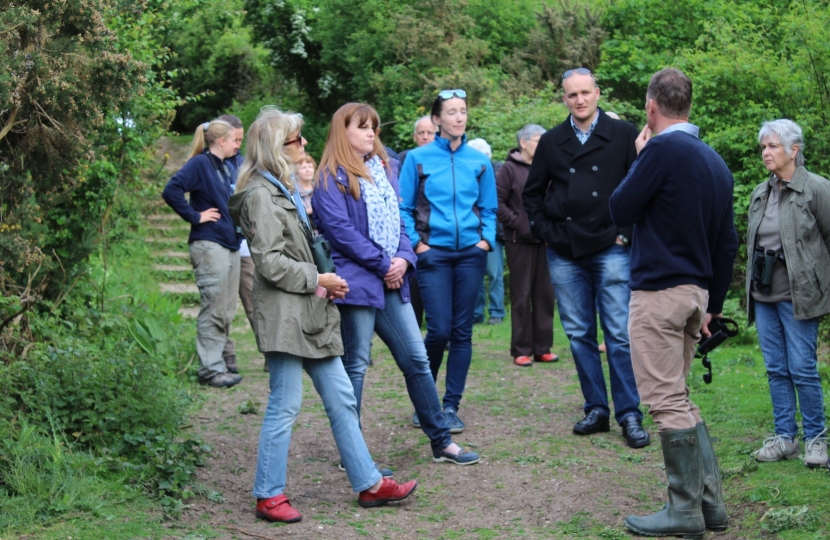 Rochester and Strood MP Kelly Tolhurst has said how pleased she is with the Ministry of Defence’s decision to drop the planning permission at their former Lodge Hill site and congratulated the efforts of the RSPB and Kent Wildlife Trust to protect the local natural environment.

Thousands of residents have campaigned against the plans since 2014, which would have caused the destruction of important woodland home to some of Kent’s most treasured wildlife, including nightingales for which Kelly is an RSPB champion. The site was since designated a Site of Special Scientific Interest by the government and is why the permission to develop has been withdrawn by the government.

The Lodge Hill site had been ear-marked for up to 5,000 new homes as part of the Medway Local Plan. However, Kelly has long campaigned against the plans citing environmental reasons and the lack of wider infrastructure to support such high numbers of housing in the area.

On the announcement Kelly said,

“I am delighted that years of hard work by residents and local environment charities has resulted in what we have long hoped for. This is a victory for common sense.

“It was never right for our natural habitats and communities be sacrificed for poorly thought-out plans that would only bring misery to one of our most beautiful areas. Medway needs a realistic vision for the next twenty years that puts the community and prosperity at its heart.

“I will continue to push for a Local Plan that looks to put Medway on the map rather than be a tick-boxing exercise to please officials and developers.”