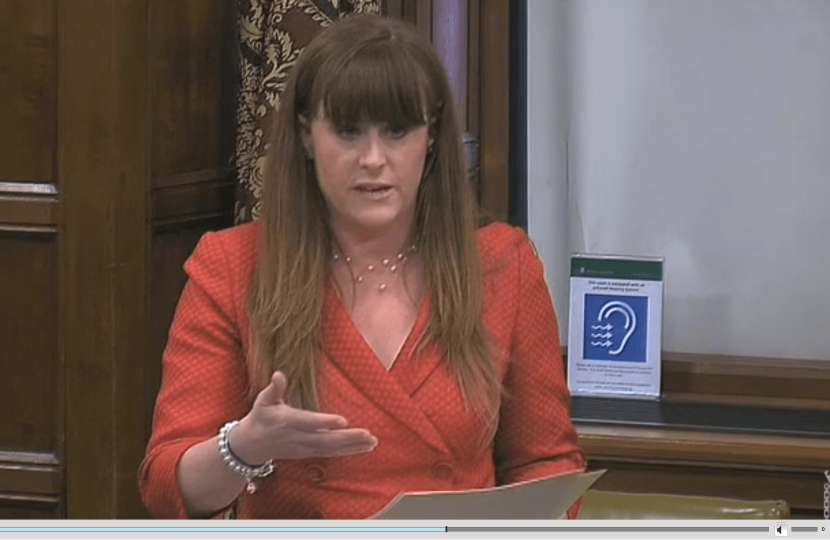 On Wednesday I was delighted to hold my first Westminster Hall debate since being elected highlighting the urgent need for a Breathing Space scheme for families and vulnerable people in debt. It was a privilege also to be joined by so many other members from all sides of the House of Commons which goes to show the widespread level of support behind this initiative.

I was encouraged by the Treasury Economic Secretary’s response who stated that this is a good initiative with great potential to help struggling families. The Government will continue to look closely at how a Breathing Space can work and the Minister himself said how he will be doing all he can to move this forward. This is very encouraging but it is now important to ensure the momentum is not relaxed.

Personal debt problems after all can have a profound impact on people’s lives. Debt makes people ill; it causes families to break up; it stops people from working and makes people less productive at work. Perhaps worst of all, it has terrible consequences for the mental health and future of our children who grow up in such stressful environments.

In Rochester and Strood, there are an estimated 2,700 children living in families affected by problem debt. Seeing this impact of debt on children and families both nationally and in my constituency is precisely why took forward my Private Members’ Bill on the issue.

I want to make sure families are protected and that those who are repaying their debts have a legal guarantee against poor practices – ultimately protecting the children in these households. Unfortunately, what so often happens is one poor creditor sending round the bailiffs or another adding charges to a family’s account which can completely derail a carefully balanced debt repayment plan.

I have emphasised that there is already precedent for a scheme of this sort in Scotland with its DAS scheme, where there is clear evidence that bankruptcies have reduced significantly since 2009. More people are paying back their debts and are being supported to do so, rather than having their debts written off. I also believe it is no coincidence that now only 10.9% of families with children suffer debt problems, which is lower than anywhere else in the UK.

At the end of the day this is a win-win-win. It works for creditors who get the money owed to them back, rather than seeing it written off through bankruptcy; it works for the state and services who support families and most importantly, it works for families and children who can repay their debts free from enforcement action, rising fees and charges and spiralling interest repayments.