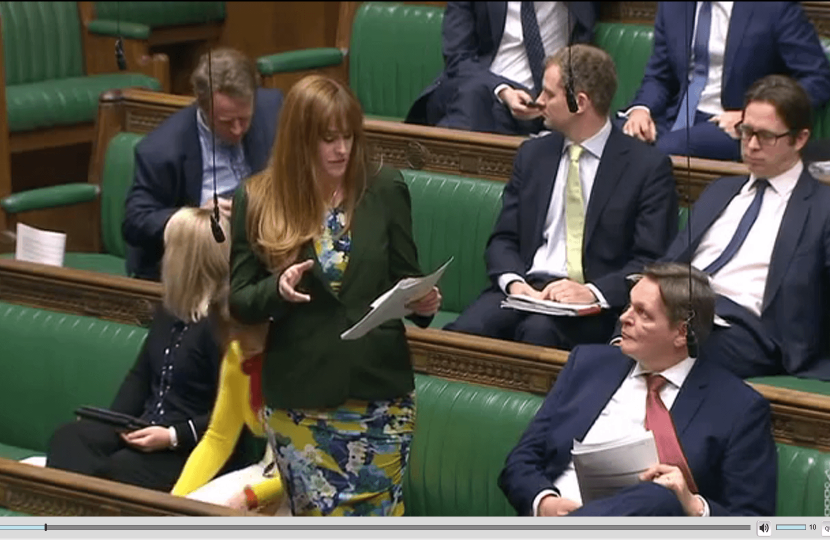 Last week, Kelly Tolhurst MP continued to put pressure on ministers around the huge pressures that the 38,000 additional homes across Medway will have in local infrastructure.

At Tuesday’s Treasury oral questions, Kelly asked the Chancellor of the Exchequer if he will outline plans to boost investment in the region’s strategic transport network. The negative impact of the number of new homes – equating to the size of a new town – was also highlighted, such as the current levels of congestion before other traffic increasing plans have even been executed, such as the new Thames Crossing and Paramount theme park.

The Chancellor responded saying there are plans for investment in the region and acknowledged that the significant expansion of housing makes it essential for strategic infrastructure to be in place. In addition, Mr Hammond said it will be essential for government capture uplifted land value in order to finance it; something the Secretary of State for Communities and Local Government will be bringing forward in due course.

“It is vitally important the Government and Medway Council recognise the scale of the issues facing Medway over the next fifteen years if we are to have all these extra homes.

“Our main roads in and out of the towns are already a nightmare for commuters during peak times and without major investment into the road infrastructure the tens of thousands of extra vehicles will only make this worse.

“Medway and North Kent is a hugely important region for the UK economy as it links our Kent ports to the rest of the UK, but it has sadly been neglected in recent decades which is why I am continuing this push locally and nationally.”