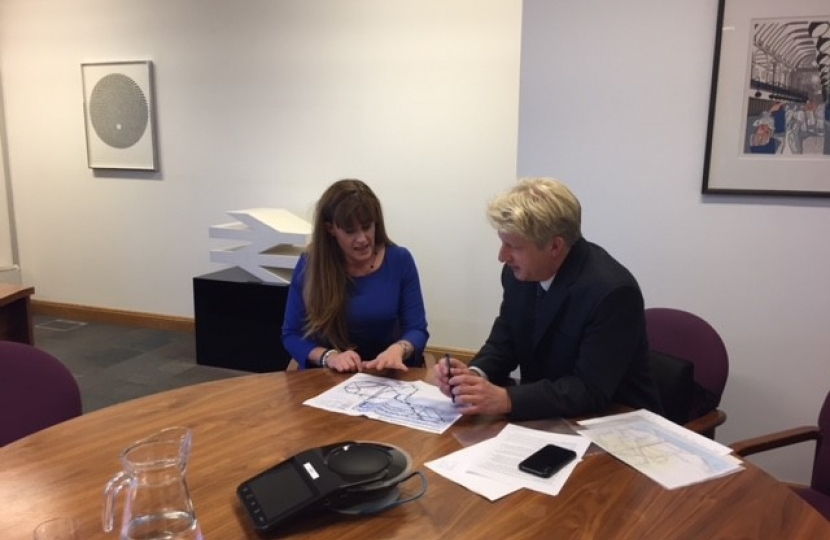 Despite some improvements since the interim timetable was introduced in July 2018, there remain numerous issues such as delays, reduced services and longer journeys. Kelly has worked closely with the Department for Transport and Kent MPs to resolve these issues having heard from complaints from local commuters.

To help alleviate problems further the next reintroduction of GTR services will come into effect on 10 December which should ease pressures across Kent. This will include an half hourly all day service between Rochester and the Thameslink core line across North Kent.

Kelly has discussed rail service problems at length with local residents and pledged improvements at the 2017 General Election. However, Kelly has now secured guarantees from the Rail Minister that Rochester and Strood will get under additional peak London services, with Strood benefitting from 5 more during the morning and 3 in the evening, while Rochester will lose two and one respectively after it had a more recent increase.

“2018 has been a nightmare for Rochester and Strood’s commuters who just simply want to get to and from work in time or visit their families so I am pleased there is a light at the end of the tunnel.

“As a commuter myself, I know the huge disappointment caused to those who use the rail network when subjected to delays or longer commutes despite paying rising fares and it is right, which is why it is right for us to be asking these serious questions ahead of next year’s South East franchise renewal.

“It is so important for local people that we take the right steps in 2019 to finally iron out all the issues we have had in recent years and I will be taking an active role as a local MP to ensure commuters’ voices are heard.”