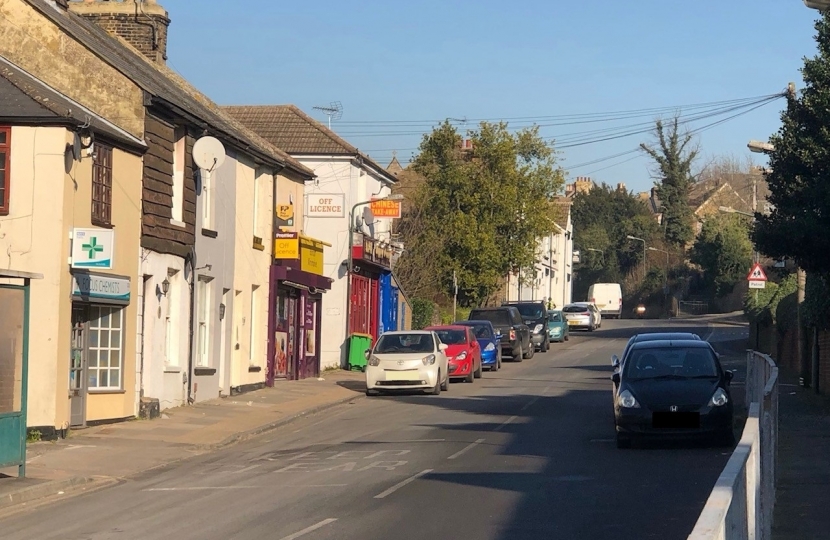 Rochester and Strood MP Kelly Tolhurst has successfully secured new road signage to combat the volume of heavy vehicles travelling through Borstal village, which has caused regular chaos since the opening of the new Peter’s Village bridge.

After a great deal of lobbying alongside local councillor Stuart Tranter on Borstal residents’ behalves, Medway Council has agreed to install signage very soon on Maidstone Road in Rochester on the approaches to the junction with Priestfields. The signage will advise drivers that the Borstal route is unsuitable for Large Good Vehicles traffic before they would get to Borstal Street.

Borstal Road is already subject to a weight restriction so Large Good Vehicles traffic should not be travelling on that route, however following a change to Google Maps and AA Route Planner the road has seen a sudden increase in traffic owing to the development at Peter’s Village. The increase in heavy traffic has caused widespread problems for local residents ranging from noise to added congestion.

In addition, Kelly Tolhurst has also been in talks with Medway Council to implement a pedestrian crossing in order to improve safety on the road. Borstal Street is a relatively narrow road and there are many parked cars on both sides of the road making it difficult to judge traffic and cross safely. It is expected that the plans for this new crossing will be open for public consultation at the beginning of March, with April/May being possible for its construction. The Council will also write to residents in due course.

“Borstal residents can rest assured that their safety is paramount and I am pleased the Council has agreed to take measures to limit LGV traffic and publicly consult on a safe pedestrian crossing.

“This has been a short but hugely effective campaign which will bring important benefits to the local community. I am thankful for the assistance of local residents and the hard work of Cllr Stuart Tranter and I will continue to monitor safety on Borstal Street to ensure we complete the desired outcome.

“I also encourage all local residents to engage with me and Medway Council, particularly during the public consultation on a new crossing, to ensure Borstal remains a safe place to live and move around.”