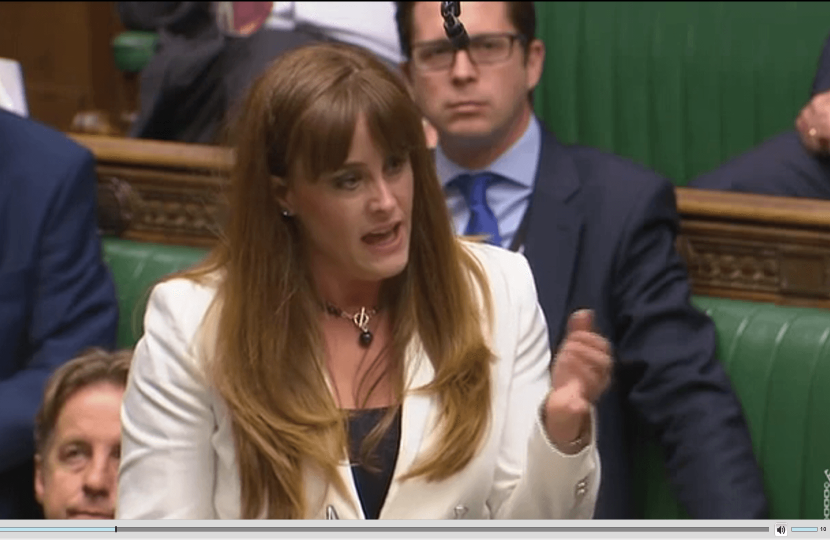 Last week, Kelly Tolhurst MP spoke in the House of Commons during an urgent question on the Government’s plans for the public funding of education.

Kelly has spoken to a number of school leaders across Rochester and Strood since her first election in 2015 and seen for herself some of the flaws which have been identified by the Government. Funding will now in addition be focussed on where the need is across the country.

With Medway set for thousands of new homes planned over the next fifteen to twenty years, Kelly has made access to crucial public services, such as schools, a top priority.

On the plans for schools funding, Kelly said,

“None of our local schools should be losing out on funds they need to help deliver a better future for our children and I will be looking to ensure all our schools have what they need. I am pleased that Ministers have identified past flaws and will now focus on directing funding where it is needed.

“Under current local plans, we could expect thousands of new homes across Medway which will significantly increase demand for school places and other public amenities. I will be continuing to press Ministers across Government to ensure our children and community have the necessary support to look forward to and enjoy a positive future.”

The Government has confirmed it intends to create another 600,000 school places over this Parliament.

Like so many, Medway has been my home since birth and I expect to carry on living here for many years to come. That is why I want our Local Plan to be visionary and ensure our towns become prosperous and continue to be wonderful places to call home.