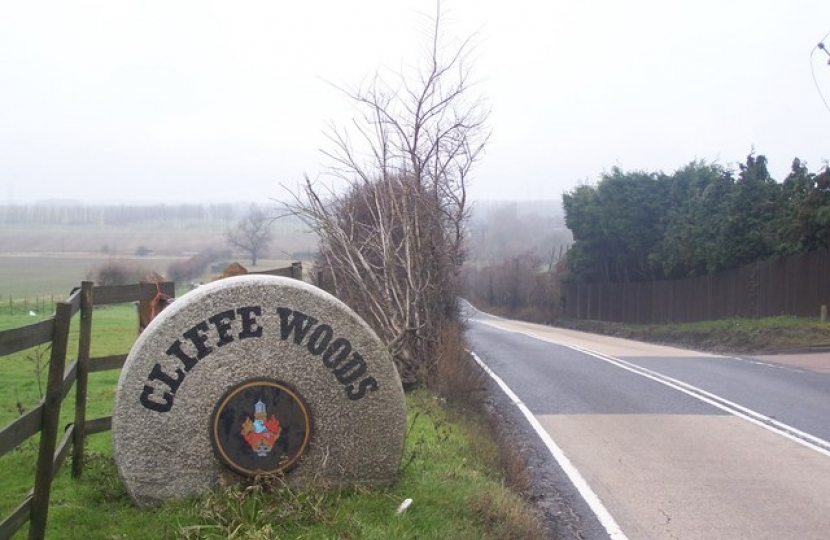 Rochester and Strood MP Kelly Tolhurst has expressed delight at the Secretary of State for Housing’s decision to reject an appeal to build 225 new homes at Cliffe following representation from the MP and the local community.

Medway Council initially rejected the development proposal in 2017 following a wide campaign by Kelly and residents but Gladmans appealed the decision. 300 residents wrote in to oppose the plans.

The threat of development by Gladmans has lingered over Cliffe Woods since mid-2016 when Kelly held a public meeting attracting over 100 residents to discuss a united opposition. Kelly Tolhurst has since lobbied ministerial colleagues at the Ministry for Housing, Communities and Local Government to oppose this development. The local MP has repeatedly pledged to oppose unsustainable development on the Peninsula, including at Hoo and Lodge Hill.

The Secretary of State noted that the Council is currently preparing a new Local Plan, and a Neighbourhood Plan is at a very early stage. He therefore rejected  the appeal and refused planning permission on the grounds of inadequate infrastructure and lack of local housing policy.

Kelly praised the Secretary of State’s conclusion and added,

“I am delighted the original decision made by our local democracy has been upheld meaning that this poorly considered development will no longer cause distress and concern to the residents of Cliffe Woods.

“Cliffe Woods is a village I have known all my life and loved for its peaceful and leafy atmosphere so I am pleased to have played my part to help protect it for the future.

“At a time when we are without a Local Plan, it is important we continue to come together as a community to fight these proposals that will only damage the fabric and environment of our area and strain our local infrastructure and services.”

“Medway’s Local Plan remains one of our major local priorities and is something I continue to engage with to ensure we have policies in place to protect our most beloved rural areas and encourage sensible thinking where development does have to occur.”