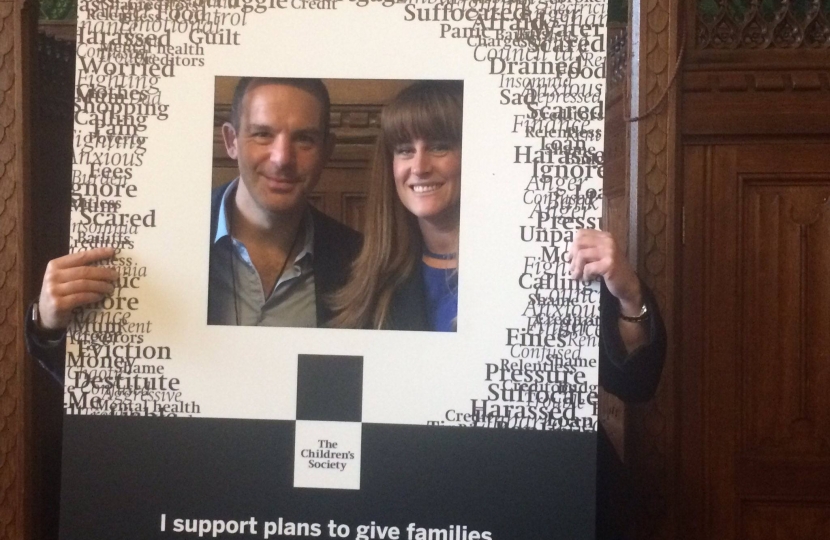 Despite Kelly’s Bill not going the full distance during the last parliament, she led a sustained lobby of the government which resulted in the Conservative Party committing to introducing a version of the scheme in its 2017 manifesto.

The 2017 manifesto committed the government to implement a ‘Breathing Space’ scheme, with the right safeguards to prevent abuse, so that someone in serious problem debt may apply for legal protection from further interest, charges and enforcement action for a period of up to six weeks, however Kelly will continue to push for a longer period of more than three months. Where appropriate, debtors would then be offered a statutory repayment plan to help pay back their debts in a manageable way.

This consultation will look into ways of creating statutory obligations to help those in debt get back on their feet without creditors losing out too.

On the announcement Kelly said,

“I am delighted that the Government has moved forwards and called for public evidence on this scheme which can truly make a real difference to families and individuals suffering from problem debt.

“I will be engaging personally in this consultation and will welcome the move, but as per my private members bill I will still be calling for a longer respite period for those in debt. 6 weeks does provide an opportunity and has worked so far in Scotland, but I feel a minimum of three months is a more realistic timeframe of recovery.

“I am thankful for the widespread support I have received from colleagues and charities, such as the Children’s Society and Step Change Debt Charity, and I look forward to continuing to press forwards and working with ministers over the scheme’s implementation.”