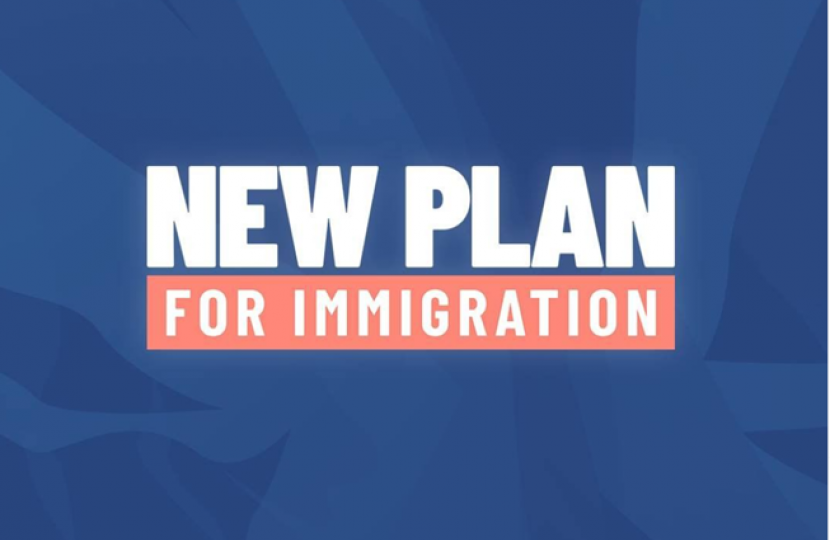 The current system is fundamentally broken, and its cost has sky-rocketed in recent years and is costing the taxpayer over £1 billion each year. Around 1 in 6 asylum seekers to the UK in 2019 were matched to an asylum claim in another European country. In 2020, 8,500 people arrived on small boats. 74 per cent were aged between 18-39 and 87 per cent were male. The UK has 109,000 outstanding asylum cases. Almost 73% of these claims have been in the asylum system for over one year and 62% of UK asylum claims were made by those entering illegally-for example by small boats, lorries or without visas.

The New Plan for Immigration will finally fix this, and is a step change in our posture towards illegal migration and the criminals that facilitate it, based on three objectives:

The Conservative Party promised to take a common-sense approach to controlling immigration - both legal and illegal – and this is what the new plan does.

As long as people are dying at the hands of people smugglers, it is right we keep all options on the table to stamp out this international criminal trade in asylum seekers. No doubt the Labour Party will oppose these plans and continue to defend the indefensible system, but we must make this work better for everyone.