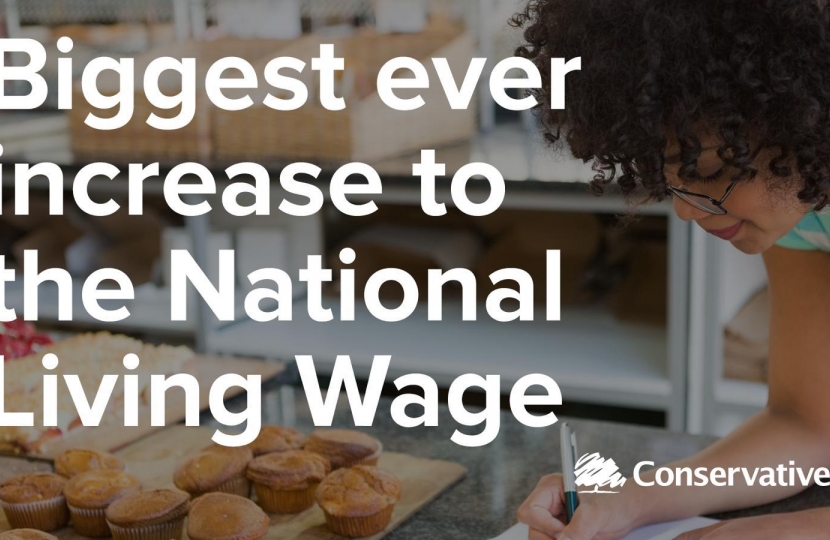 Today, 1.8 million workers will benefit from the biggest increase in the National Living Wage (NLW) since its creation – thanks to the work of Minister Kelly Tolhurst and other Conservative ministers.

Kelly Tolhurst MP, in her capacity as the Minister for Small Business, Consumers, and Corporate Responsibility, has helped to bring forward this increase through changing the legislation to increase the National Living Wage. This work forms part of the Government’s commitment to protect the UK’s lowest paid workers through its modern Industrial Strategy.

“I have been part of bringing forward these increases through my ministerial work and am pleased that this change will help hardworking people up and down the country to get a fair day’s pay.”