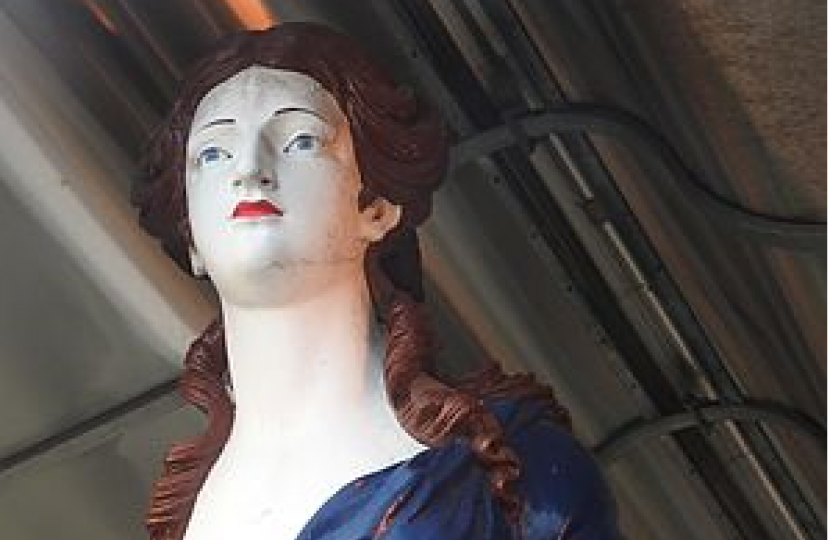 Kelly Tolhurst MP has received confirmation that the Arethusa figurehead will stay in Upnor following the closure of the Arethusa Venture Centre earlier this year.

Following an article in the Medway Messenger on Thursday 16th May 2019, the MP for Rochester and Strood had received a number of emails from concerned residents regarding the future of the Arethusa figurehead in Upnor.

It was originally thought that the figurehead would be sent to Portsmouth instead, but this faced strong objection from the Arethusa Old Boys Association who paid for the restoration of the figurehead and take a keen interest in the whole monument, including the restored cannons.

Kelly Tolhurst said: “It is great that the Arethusa figurehead will remain in Upnor – where it belongs. I know how much effort the Arethusa Old Boys Association had put to get the figurehead back to its former glory and it is a wonderful tribute to HMS Arethusa as the last British Naval ship of her kind to go into battle under sail.”