Queen's Speech Sets Out Government Agenda to Build Back Better 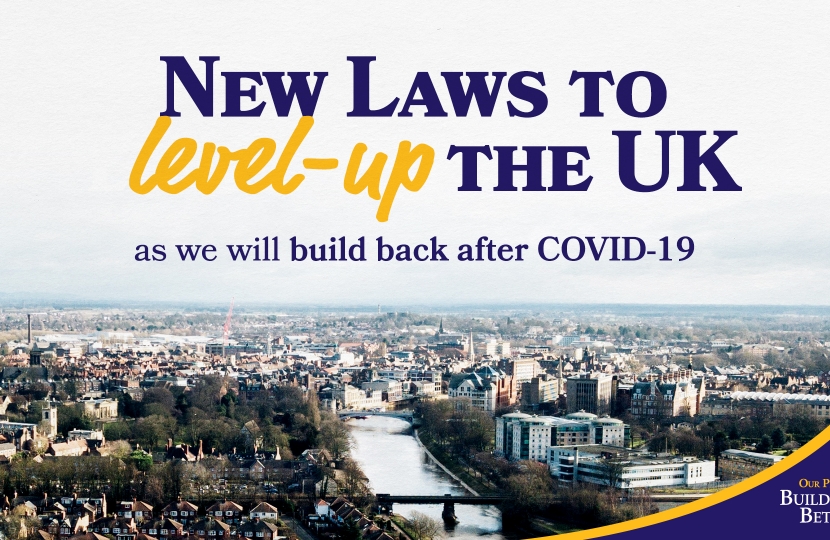 Today, The Queen announced the Government’s legislative agenda for the new Parliamentary year. The Queen’s Speech highlighted that the Government's priority is to deliver a recovery from the Covid-19 pandemic which will level up opportunities across all parts of the United Kingdom, supporting jobs, businesses and economic growth.

I am delighted that this Conservative government has committed to provide additional funding to support the NHS, and ministers will bring forward legislation to allow the NHS to innovate and embrace technology. As well as this, the Government wants to work on mental health, obesity and cancer; proposals on social care reform will also be brought forward.

We plan to introduce a Skills and Post-16 Education Bill to overhaul the adult education system in England. This will introduce a new flexible loan adults can use for higher-level education or training at any point in their lives.

The Queen also mentioned the Government’s plans to invest in and improve national infrastructure. This will see proposals be taken forward to transform connectivity by rail and bus with the High Speed Rail Bill. 5G mobile coverage and gigabit capable broadband will be extended and eight new Freeports will be introduced to create hubs for trade and help regenerate communities.

The Queen also said we will establish a new Building Safety Regulator to ensure the tragedies of the past are never repeated.

I am also pleased that the Government will take measures to address racial and ethnic disparities as well as to ban conversion therapy.

There will be a new draft Online Safety Bill in which the government will lead the way on internet safety for all, especially children, whilst harnessing the benefits of a free, open and secure internet.

Regarding the environment, we will invest in new green industries to create jobs. the Queen’s Speech reiterated our commitment to achieving net zero greenhouse gas emissions by 2050 and looks ahead to the COP26 Summit in Glasgow later this year.

Legislation will also be brought forward to ensure the UK has and promotes, the highest standards of animal welfare.

If you would like to see further details about each of these new proposals along with a number of others, you can do so HERE.