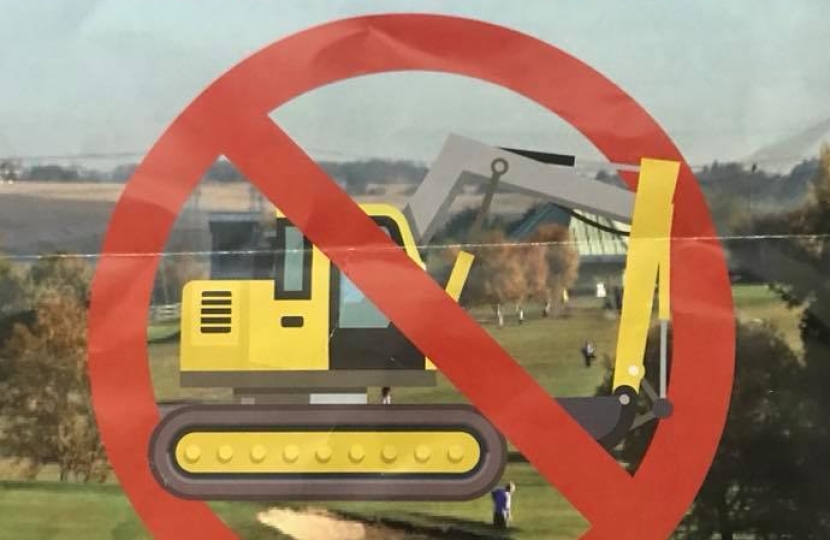 Yesterday morning I joined residents in protest at Medway Councils proposed decision to permanently close Deangate Ridge. I am appalled that the council are putting forward this proposal without any consultation with our community, and have not been clear about their intentions for the future of the site.

Even though the council have not publicly stated their intentions for the site, it is clear by the actions over the last few months that the intention is indeed to sell off for housing. If this is indeed true it is sad that the council rather than protecting the interests of the community are seeking to profit from land gifted to the council for the use and benefit of local people. To make a decision like this when a Local Plan and a vision for the peninsula has yet to be produced is appalling.

Over the weekend I visited the site with some 150 residents and users who feel appalled and completely let down by the councils proposal. I have received vast amounts of communication not just from constituents on the peninsula but from across the constituency and residents of Gillingham, Rainham and Chatham who have been very clear they will not continue to support the council if decisions like this are made.

Councillor Phil Filmer and I have written to the cabinet who are due to make a decision on Tuesday, even though this was only announced last Monday, to urge them to defer any decision on Deangate until a consultation has been carried out and a local plan is in place, which clearly informs residents about the future of our peninsula. I am totally against this and will fight any decision to sell off this valuable community asset.