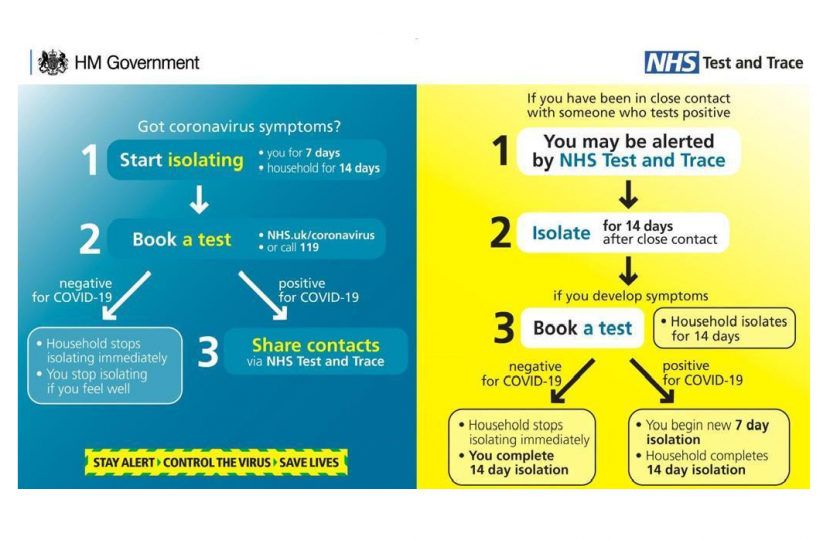 The NHS Test and Trace Service will help to track the virus and inform you if you have come in to contact with an infected person.

The service ensures that anyone who develops symptoms of coronavirus (Covid-19) can quickly be tested to find out if they have the virus. It helps trace close recent contacts of anyone who tests positive for coronavirus and notifies them that they must self-isolate at home to help stop the spread of the virus.

A team of contact tracers will call, text, or email people who have recently tested positive for coronavirus and will ask who they have had contact with. Any of those contacts deemed at risk of infection will be told to isolate for 10 days, even if they are not sick. The NHS test and trace app also plays a significant role in this process, which will automatically inform you if you have been in close contact for an extended period of time with someone who then soon tests positive.

Local health protection teams trace so called ‘complex cases’ which relate to a particular place where there may be an outbreak such as in care homes, schools, or prisons. These account for around 10% of cases in the test and trace system and are managed on a situational level, rather than individually, and public health teams will usually work with the institution at which the outbreak has occurred to reach those people who may have been affected.

The national tracing system traces so-called ‘non-complex cases’ which make up the other 90% of cases in the community. These contacts have to be reached one by one by contact tracers, who then pass over the details of their close contacts, who will then be contacted by the system.

Bear in mind that people who test positive also play a part in the contact tracing effort and often tell people who they share a household with. The test and trace system may not contact these people which show up on statistics as not having been contacted, causing some degree of apparent lower contact rate.

NHS test and trace has ask millions of people to isolate, which is a huge number of potential chains of transmission that may have been prevented. While the test and trace system will not be able to eradicate the virus, it has been effective in slowing the spread and I fully support the work that our contact tracers have been doing.