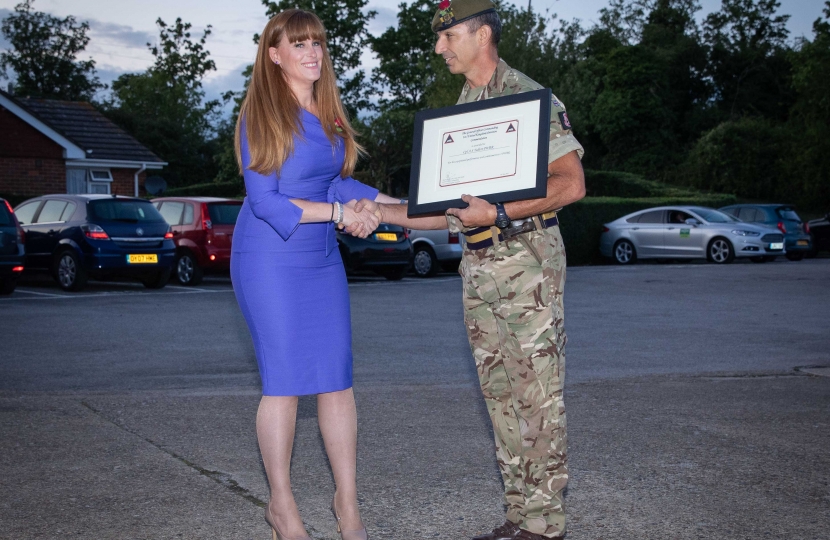 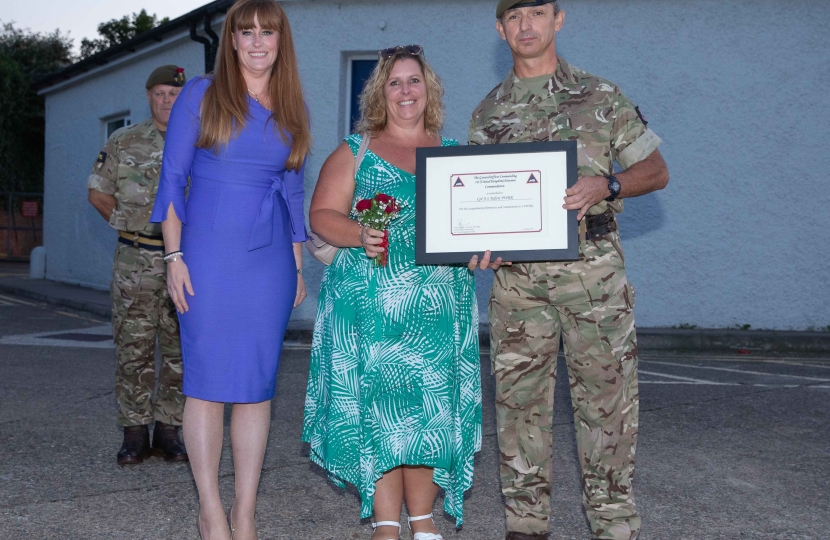 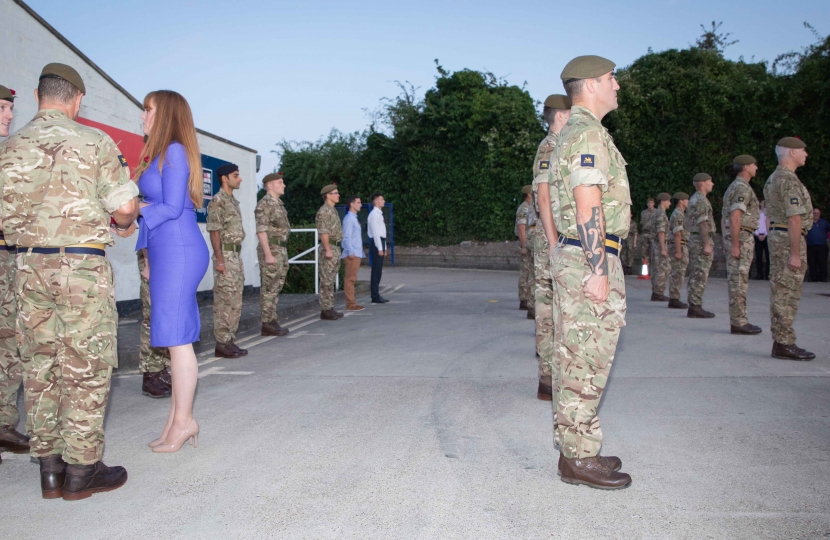 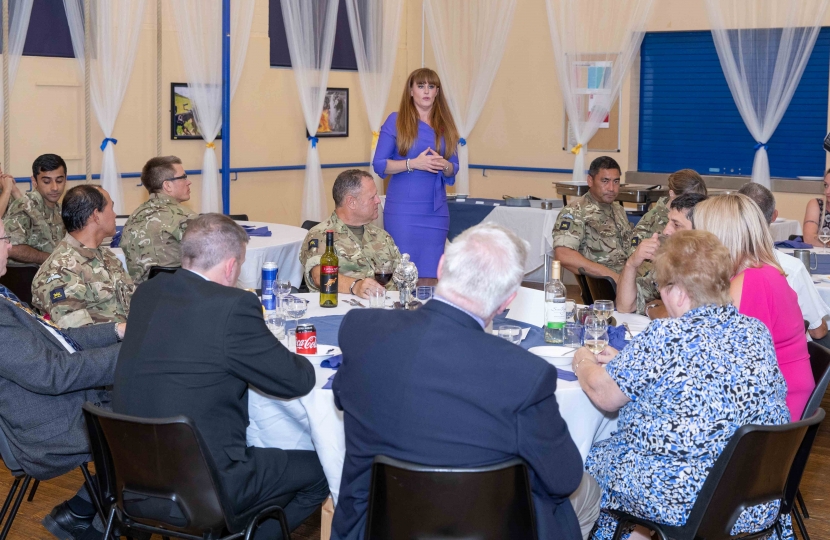 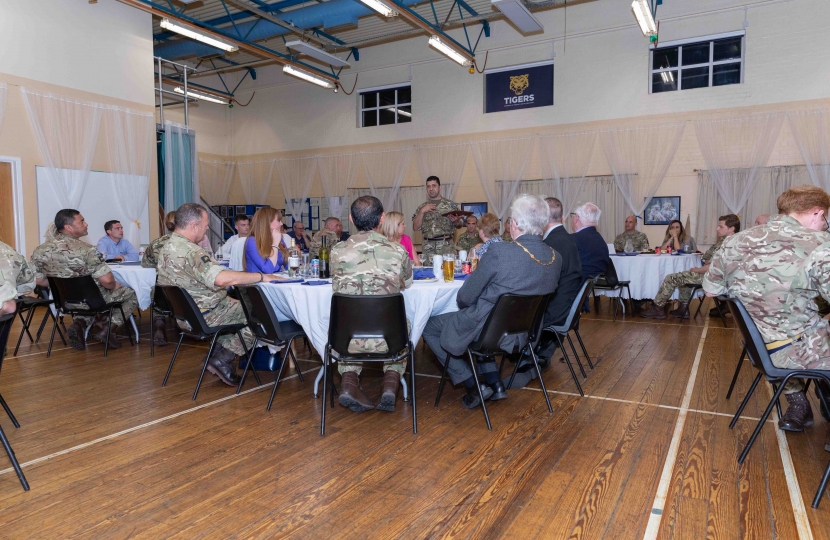 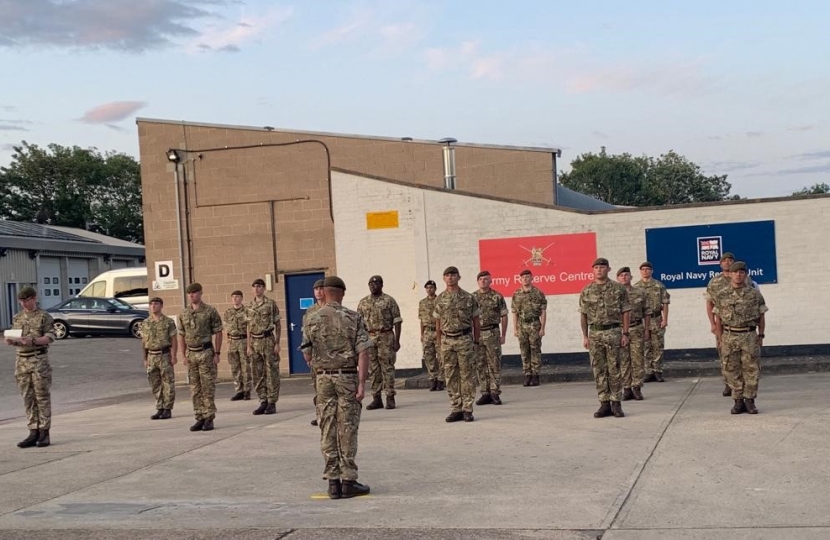 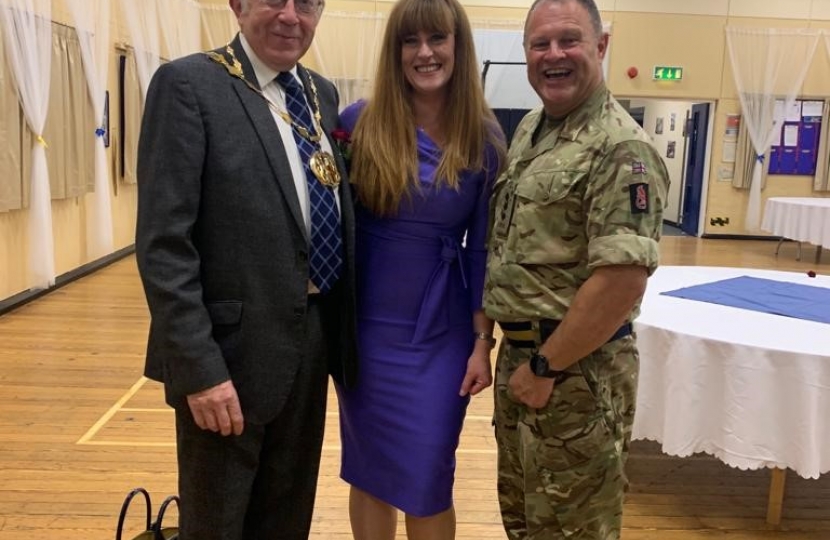 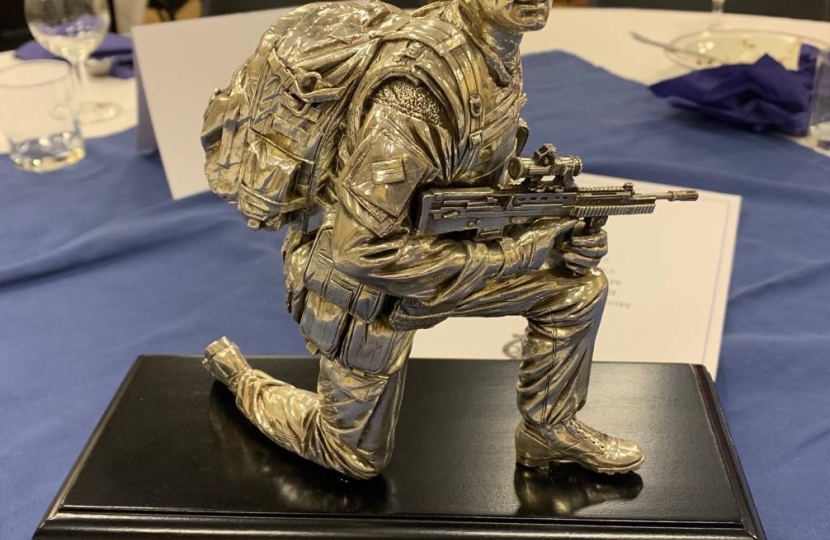 The MP for Rochester and Strood, Kelly Tolhurst MP, was honoured to attend a commemoration for the Battle of Minden, the Annual Minden Rose Awards with the 3rd Battalion The Princess of Wales Regiment, the “Tigers” based at the Army Reserves Centre in Rochester, welcomed by Major David Richmond, and Captain Clive Phillimore.

Kelly along with the Mayor of Medway Cllr Steve Iles and Cllr Howard Doe presented soldiers with a red rose in remembrance of the Minden Battle and the Seven Year War. It was an evening to recognise the success and work of the Regiment, also being able to present a General Officer Commanding Commendation to Corporal Tullett for his service in Her Majesty’s Armed Forces.

Kelly Tolhurst said: “It is such an honour to recognise our Armed Forces for the work they do in keeping our country safe, and I am always pleased to support the work of our reservists who do so much to assist our frontline soldiers”

“This year alone, personnel from the regiment have been deployed to Afghanistan, Kenya, Zambia, Sweden, Hungary, Bavaria and in the UK to Salisbury plain supporting our regular soldiers, this show the important role that our reserves play”

Since my election, it has been a pleasure to welcome so many engaged local businesses to Parliament, all of which face big challenges but have still secured success for themselves and the region.