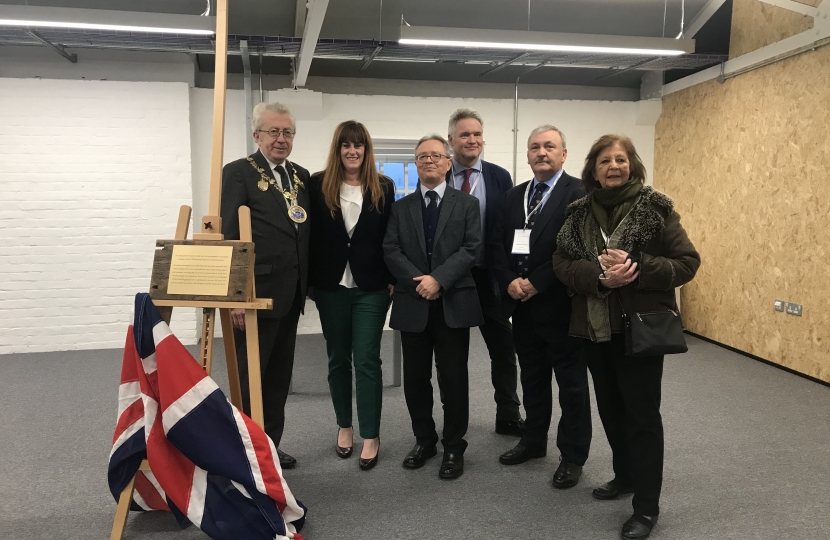 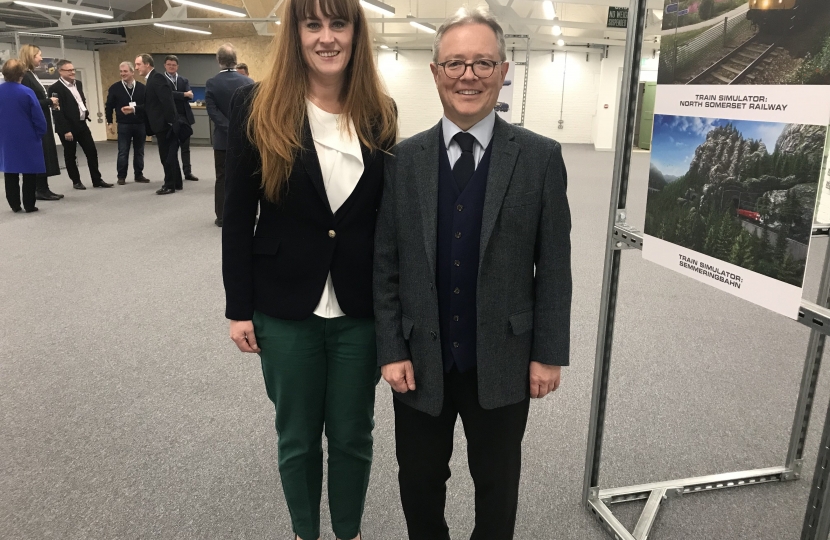 Local video game developer Dovetail Games, which is widely known for rail, flight and fishing simulators, has expanded and moved into the Fitted Rigging House at Chatham Historic Dockyard.

Rochester and Strood MP Kelly Tolhurst was pleased to attend the launch of the new premises and see just how much the business has thrived in Medway over the past decade. Dovetail Games has grown fast over these years and currently employs more than 120 passionate and creative individuals across its two UK sites, and is led by gaming industry pioneer Paul Jackson OBE.

At the launch Kelly said,

“It is wonderful to see another of our Medway businesses expand its operations and reputation which will no doubt assist it to attract and develop more local skills.

“I have known Paul and the creative work at Dovetail Games for some years now and they really are pioneers in this growing industry. I hope they will continue to build on their successes at their Medway base and show Medway is a great place for businesses to grow.”

Chancellor Sets out Budget to Level up Economy and Tackle Coronavirus

Today’s Budget has set out the Government’s economic plans for the next year, delivering on our manifesto promises and protecting the UK economy.  There are six key parts: